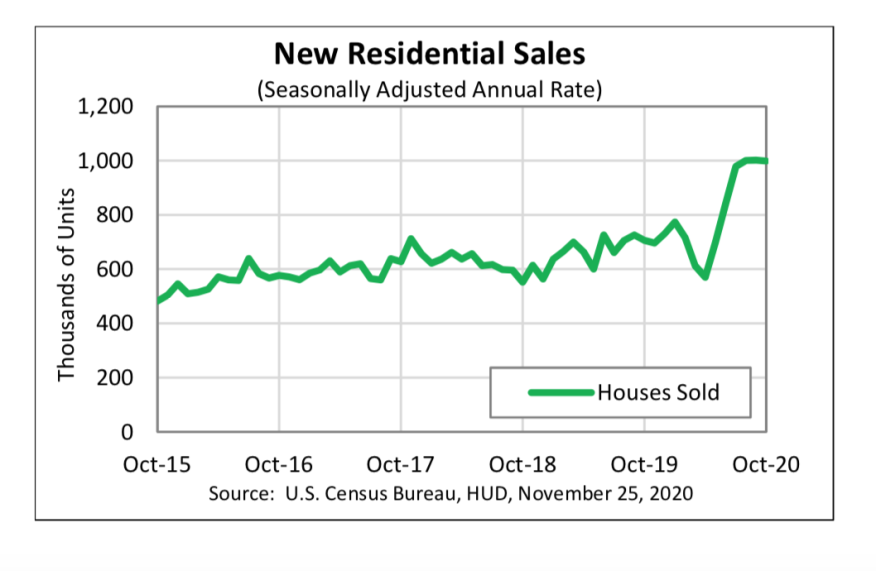 October 2020 US new home sales numbers are +42% higher year-over-year while the September revision indicates two consecutive months of more than 1 million sales, a feat not reached since 2006.

US new home sales in October dipped -0.3% to a seasonally adjusted annual rate of 999,000 units last month, the Commerce Department said Wednesday. September’s sales pace was revised higher to 1.002 million units from the previously reported 959,000 units.
The all time high for October was 105 thousand in 2005, and the all time low for October was 23 thousand in 2010.

More than half of all home sales in October — 580,000 — occurred in the southern half of the United States.

Elsewhere, the US National Association of Realtors said existing home sales jumped by +4.3% to an annual rate of 6.85 million in October after soaring by +9.9% to a revised rate of 6.57 million in September.

Listed homes are selling fast. Of homes that sold in October 72% were on the market for less than a month.