Impact of corona crisis on the Austria’s sawmill industry 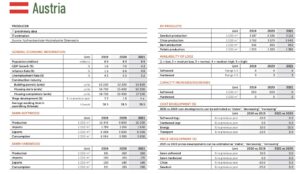 Almost all production lines were fully up and running again in May. The supply was accepted and the backlog from April was soon cleared.

The bad weather in some regions led to an undersupply of domestic roundwood and caused huge uncertainty and increased volumes had to be purchased from neighbouring regions. The alternative would have been shutting down operations for weeks at a time, which would have meant losing market share again. As in recent years, the quality distribution of roundwood ranges in the summer months remains a challenge for everyone in the industry.

How did the different market segments respond to the crisis?

a. Sales to the construction sector

The local construction sector in Central Europe was only temporarily affected by the shutdown and has performed relatively well throughout the crisis. The domestic carpentries were closed a little longer. Large construction projects have been postponed. In June/July there was an economic high due to the catch-up effect, in which the projects postponed from the previous months had to be restarted. It is still unclear how the situation will develop in the following years.

b. Sales to the pallets sector

An excellent start to the year until April 2020 was recorded. Shutdown and oversupply periodically causes summer price cuts. Today the whole subsidiary market is under more pressure than in previous years. High production in the sawmill industry and still plenty of Roundwood for Industry purposes in the forests cause oversupply.

c. Sales to the DYI sector

There was a real boom in the DIY sector. As recognised in June and July 2020 the companies operating in this segment have recorded an all-time high. Especially the DIY market in Germany, Swiss and Austria were crucial.

d. Sales to the furniture sector

After the repeated export increase in the previous year, the sawn timber export 2020 is currently far below the level of the previous year due to the crisis. The most dramatic development was the total collapse in the Italian market, the most important market for the Austrian sawmill industry. Other countries in Europe such as France, Spain, but also Slovakia and Great Britain were affected heavily by the crisis, which partly led to significant decreases in exports. In the German, Swiss and the Austrian market, things were slightly better. Exports increased to the United States and to China on a stable level, which led to a general relaxation in the European sawn timber market.

With the shutdown, the government introduced a short-time working model, which was used by almost all companies during the crisis. The model was extended for another six months after the crisis. The Federal Government has put together an aid package for the economy to deal with the economic consequences of the Corona crisis, focusing on preserving jobs, securing liquidity, providing immediate aid for the self-employed and mitigating business losses.

The future of the sawmill industry in Austria

Years of measures, such as the “promo_legno” initiative in Italy and the European Wood Initiative in China, created security in the sales markets and Germany continued to be the most important “driver” for the European market. Recent major investments in further processing, mean that sawn timber can be processed into high-quality building products, delivering complete solutions for modern timber construction throughout the world. The domestic market saw positive development in all products and the pro:Holz initiatives and innovations of the companies, led to an increase in the demand for ecologically sustainable building solutions made of wood and wood-based materials.

The wood industry will weather COVID-19 crisis well and go into an almost near normalisation phase in the coming months.

The effects of the climatic changes will occupy our unique regrow and sustainable produced raw material “timber” for a long time yet. Here everybody in the value chain are called to cooperate and pull together to shake up the European and National Policy.

The focus has been on coping with the high volumes of salvaged timber and developing strategic approaches for the future. The sustainable forest certification PEFC Austria has been drastically enhanced, the promotion of European projects for climateresistant softwood species has been supported and numerous transport issues have led to ecologically sound general concepts.

The Austrian Sawmilling Industry continues to be the reliable partner for the local forestry owners. Despite the record numbers of beetles and windthrows affecting our neighbors throughout Central Europe, millions of solid cubic meters of salvage timber have been additionally processed in the sawmills the last years.

Thanks to joint logistics coordination in the value chain and in consultation with national policymakers, it has been possible to significantly increase removal from the areas affected. 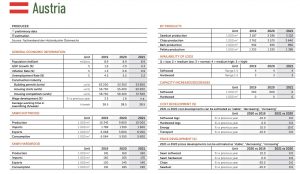