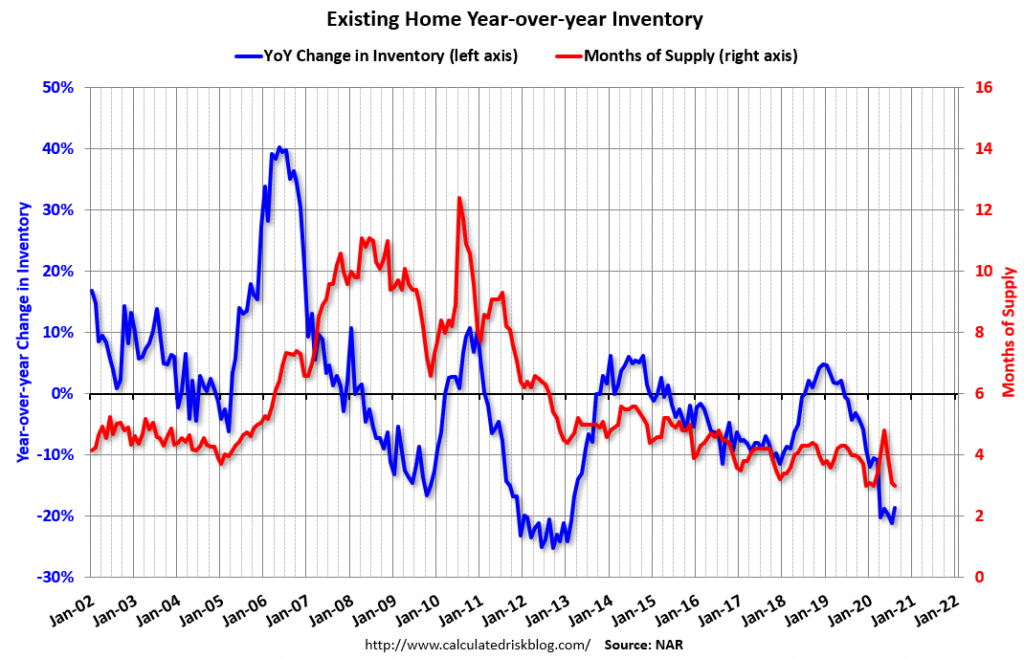 Existing home sales in the US, which account for the bulk of home sales, jumped +10.5% on a year-on-year basis to a seasonally adjusted annual rate of 6 million units for August. Compared to July, the increase was +2.4% , which the highest level since December 2006 and marked three straight months of gains.

The median price of house sales also increased, rising +11.4% from the same period last year to a record high of US$310,600, marking 102 consecutive year-over-year gains for the monthly data as demand for larger-area living spaces outside of traditional urban centers continues to increase.

Inventory for sale is also fairly constrained, at just 2.8 months’ supply, with the NAR noting that total housing inventory at the end of August totalled 1.49 million units, down -0.7% from July and down -189% from one year ago.
At August’s sales pace, it would take 3 months to exhaust the current inventory, down from 3.1 months in July and 4 months a year ago.