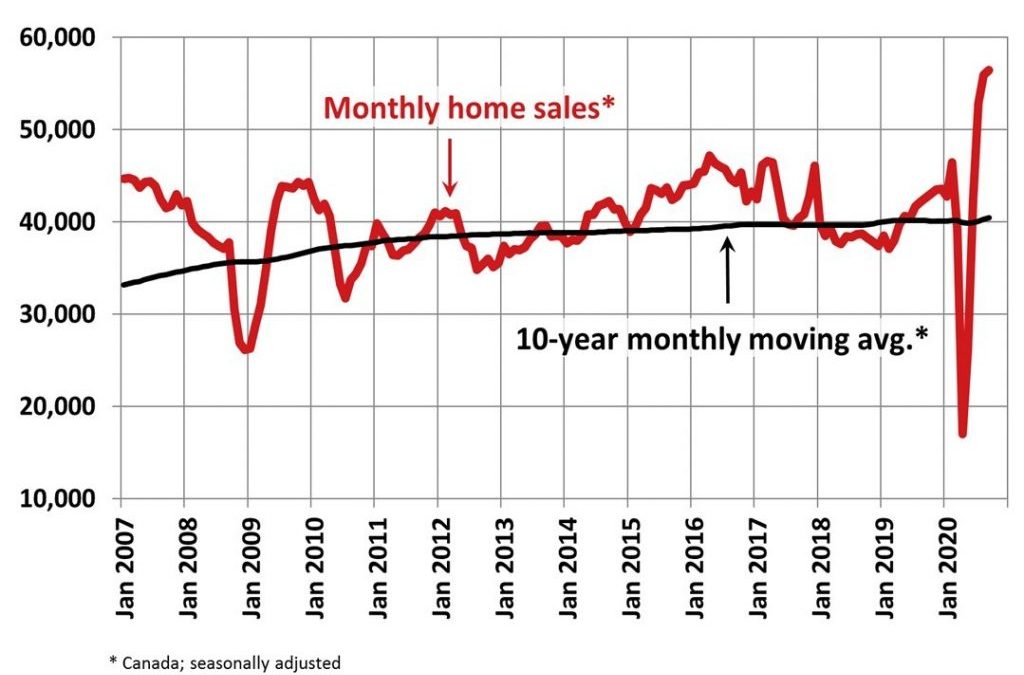 Actual (not seasonally adjusted) Canadian home sales activity posted a +46% y-o-y gain in September 2020. It was a new record for the month of September by a margin of some 20,000 transactions.

The number of newly listed homes fell back by -10% in September, reversing the surge to record levels seen in August. New supply was down in two-thirds of local markets.

With sales edging up in September and new supply dropping back, the national sales-to-new listings ratio tightened to 77% — the highest in almost 20 years and the third-highest monthly level on record for the measure.

Benchmark prices are up +5.3% since June, near the fastest pace on record for a three month period. Average home prices set another record in September, topping $600,000 for the first time ever and up +18% from a year earlier.

There were just 2.6 months of inventory on a national basis at the end of September 2020 – the lowest reading on record for this measure. At the local market level, a number of Ontario markets are now into weeks of inventory rather than months.