2021 still full of challenges for the global container market 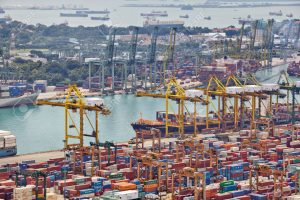 The global shipping system is currently experiencing a unique and unexpected crisis. A series of unusual events triggered by the coronavirus pandemic led to a serious container shortage crisis. This situation can be classified as global, because the shortage of containers will have a knock-on effect on all supply chains and fundamentally disrupt international trade.

During the recovery phase of trade, the shortage of containers had a huge impact on freight rates. According to market participants, in February this year, the transportation cost of each container has increased from US$1,500 to US$6,000-9,000.

The shortage of containers has also pushed up the price of new containers. At present, Chinese container manufacturers, which dominate the market, are pricing new containers at US$2,500, up from US$1,600 last year. In the previous six months, container rents have also increased by about 50%.

In the middle of last year, the real “black swan” appeared. A large number of containerized cargoes from Asia are shipped to North America, but due to the restrictions of the pandemic, almost no containers are shipped to Asia. Since the shipping company is not interested in this, it pays little attention to the return of empty containers. So far this supply asymmetry has evolved into a terrible huge imbalance.

The port of Singapore. It’s the world’s busiest transshipment port and the world’s second-busiest port in terms of total shipping tonnage.

In addition, there has been a catastrophic labor shortage in US ports. It’s not just docks and warehouses. Due to border restrictions, customs work has also been partially suspended.

Although China resumed exports earlier than other countries in the world, other countries still face continued blockade restrictions and layoffs. There is currently a 40% unbalanced gap in containers in North America. This means that for every 10 containers that arrive, only 4 return, and 6 remain at the arrival port.

The average monthly trade between China and the United States is 900,000 TEU, and there is indeed a huge absolute imbalance in containers. In addition, according to the data of consulting company Descartes Datamyne, the current shipment volume is at the highest level in history. In the first quarter of this year, sales increased by 23.3% over the same period last year.

The container shipping crisis has affected various business areas in different ways. For example, the transportation of high-value commodities such as mechanical engineering products, electronic products and computer equipment will be less affected.

But for other types of goods, especially the textile industry in Asia, the increase in transportation costs has brought more serious consequences.

Exporters claim that the sharp increase in freight rates has led to the closure of many low-profit textile mills. Delays and container shortages are pushing up freight rates. In Asia, delivery delays can be up to several weeks, forcing many companies to negotiate price increases with buyers.

The trade route from Asia to the United States has become so profitable that the carrier does not even have to wait for the arrival of the cargo to ship the container back to Asia, especially when there is no cargo at the port.

With reports of increasing congestion and container shortages in major ports in China, the country has begun to call for cooperation to obtain more containers and lower freight rates.

The business recovery that began last year has led to a shortage of containers. However, the slow process of shipping containers from North America back to Asia is also one of the reasons for its current imbalance.

Last year, my country has announced that it will take measures to increase the supply of containers. The media pointed out that the China Container Industry Association (CCIA) urged marine container manufacturers to substantially increase production.

Since September, the monthly output of 300,000 TEUs has been reached to alleviate the shortage. The container manufacturer has extended its normal working hours to 11 hours a day.

What will happen in the future? Although some reports point to improvements in its port activity in recent weeks, some other reports in the shipping industry remain pessimistic about the prospects for the next few months. Many people still believe that nothing will ease before summer.

A number of measures are currently being taken to break the deadlock. However, it is not clear how the global container shortage crisis can return to normal in the coming months.